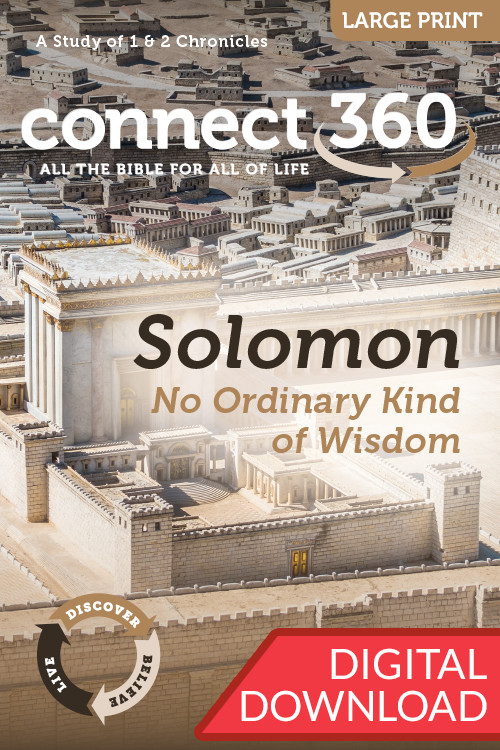 Solomon grew up in the royal palace of his father David, the oldest son of David and Bathsheba. David had the dream of building the Temple. But God gave that job to David’s son, Solomon. And the rest is history.

Who was Solomon? We know he followed his father as the third king of the united nation of Israel, which he ruled for over forty years. We know he supervised the construction of the first Temple in Jerusalem. And we know a few other notable things about Solomon.

Solomon had many wives. About 700 of them. Plus another 300 concubines.

Solomon had money. More than anyone had ever had. Enormous wealth.

But what really made Solomon different? It was not his charm, enormous wealth, or good looks. It was something very rare. A virtue which no other man possessed at such a high level. Wisdom. And this was no ordinary kind of wisdom learned from normal life experiences such as job, war, conflict, marriage, relationships, or even being a long-time ruler of a nation. This wisdom came from God. And God only.

Solomon did not ask God for wealth, possessions, and honor. He asked God for wisdom and knowledge.

What do you ask God for?