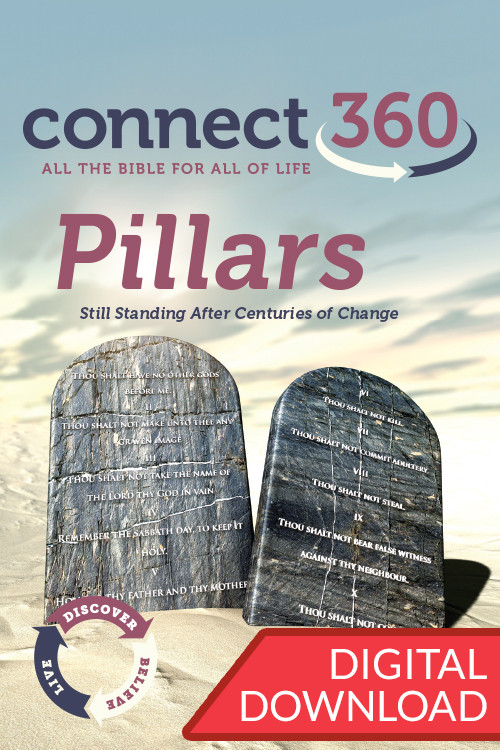 We live in a day that is extraordinarily like the time described by the Old Testament writer when “everyone did what was right in their own eyes.” We are constantly bombarded with the message “there are no moral absolutes!”

In the midst of this chaos, this study provides a word of hope. It might appear that everything is crumbling but the pillars of our morality are still standing. The world might change, the attitude of people can become indifferent, the actions of mankind seem reprehensible, but the truth is we still have the pillars, the foundation, for a strong society.

The Ten Commandments, given by God centuries ago, have a relevant word of hope for us today. They are moral absolutes. They are not the invention of any religion or culture but the revealed Word of God.

In this study, we will see that the first four commandments are vertical, our relationship with God, and the next six are horizontal, our relationship with each other. Jesus puts these laws in perspective by saying the foundation for all of these laws is a love of God and loving others as we love ourselves. Only when we are motivated by true compassion are we able to keep the law and “go and make disciples.”