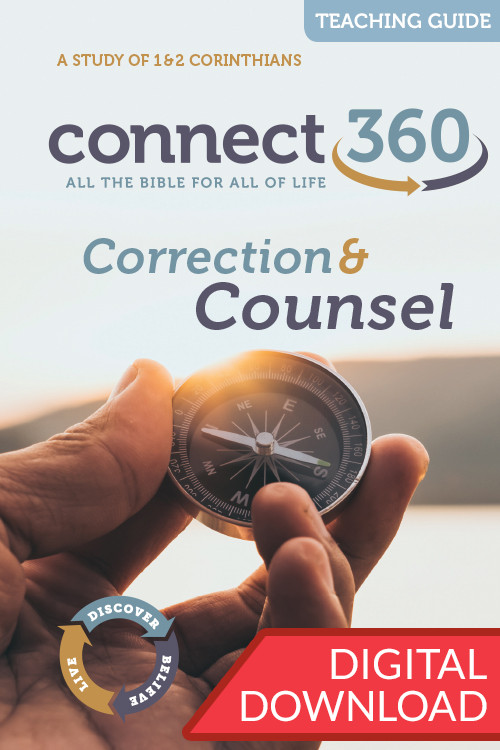 Teachers, coaches, employers, ministers, and parents often find themselves in the role of communicating correction and counsel to those for whom they are accountable. The effectiveness of such instruction can often depend on the integrity and relationship between the leader and those in need of the correction and counsel.

The Apostle Paul found himself in just such a situation with a church he had planted in Corinth during his second missionary journey. Corinth was a cosmopolitan city located on a major trade route, that happened to be one of the most wicked cities of the ancient world. It was famous for its pagan worship practices, especially the worship of the goddess Aphrodite.

In the middle of this environment, these new church members struggled with breaking the habits of their former lifestyles. Paul provide them with needed correction and counsel through the two letters we know as 1 and 2 Corinthians. He also encouraged the Corinthians by reminding them they could live with resurrection hope and that God promised his sufficient grace to meet their every need.

May we be encouraged as well to respond rightly to God’s correction and counsel as revealed in the letters of 1 and 2 Corinthians. We can be confident that the words Jesus spoke to Paul are true for us as well as we seek to serve Christ in our world, “My grace is sufficient for you, for my power is made perfect in weakness” (2 Corinthians 12:9a, NIV).